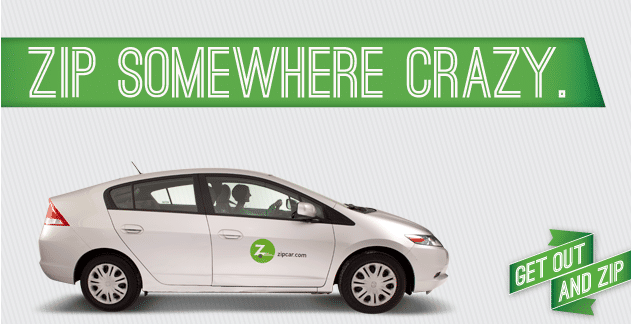 It is easy to choose from cars parked in various Zipcar locations.

This revolutionary service is undeniably the most convenient and affordable way to ride around your home city.

This is also the case when visiting another city within the US, Canada, and their various locations in Europe.

Since the first Zipcar was hired in June 2000 in Boston, the company has grown exponentially.

How big are they?

At this point, they operate over 10,000 vehicles that serve over 1 million members across North America and in seven countries in Europe!

When it went national in the U.S. in 2014, they were focused on providing discounted transportation services for companies with its Business program.

This meant the company had to reserve convenient Zipcar locations all over busy cities and airports.

This started with Boston, then San Francisco, and Chicago.

Presently, over 400 cities across the US are considered Zipcar cities because of the noticeable presence of their brand.

Members can also be sure to reserve and find a Zipcar at over 50 major airports in the US and Canada.

In California alone, they operate in 38 cities and towns.

Pro Tip:  If you’re in a Zipcar area and would like to try it before signing up, you can use a promo code for new Zipcar members to earn $30 off your first rental.  You can cash in on this promotion by signing up here or by using the coupon code ZIP30 when prompted during signup.

This platform has been around for almost two decades, but it is still growing and its influence spreading to cities around the country.

Where can you find it?

They decided to partner with businesses, companies, and universities and colleges rather than focus on serving everybody first.

This is considered one of the main reasons its car sharing model has been very successful.

Today, the company has partnered with over 500 universities and colleges across North America where it has established locations.

Zipcar for Universities has alleviated congestion in campuses.

It has even eliminated the need for on-campus parking for personal cars.

Cars parked on campuses are available to students, staff, faculty, and nearby residents 24 hours a day, every day of the week.

And Zipcar member rates are affordable!

All it takes is signing up as a member.

Pro Tip:  If you’re discouraged because Zipcar isn’t serving your area yet, don’t be!  They’re constantly expanding, so keep your eyes out.

In the past, Zipsters (Zipcar users) were required to return the car to the pickup location before the reservation time runs out.

This could be inconvenient.

The company has introduced a new more flexible option called One Way.

This allows a customer to drop off the car at their destination and return it elsewhere.

Where is it available?

They have rolled out this feature in major cities including Boston, Washing ton D.C., Denver, New York, and Los Angeles.

Customers in other cities across the US should expect this feature as it rolls out.

It includes the option to change destinations mid-trip.

It can even extend reservations indefinitely!

It’s been quite popular so far.[divider]

A branch opened in New York City soon after.

These are located in Boston, Massachusetts.

There are additional field offices for marketing and customer service operations in cities across the US. Zipcar offices in cities across the U.S. are responsible for maintaining cars and customers.

This ensures that customers find the cars they want when they need them.

When are they open?

Zipcar offices are open 9 am to 5 pm Monday through Friday, excluding public holidays.

Offices are open to the public and there is always a customer support agent that visitors can seek help or directions from.

Customers are often encouraged to contact the company via phone, email or mail should they need an issue resolved.

They only encourage escalating with a visit to the offices when necessary.

The first international office in Toronto Canada opened way back in 2006.

Since then, the company has added 5 more.

These are the Spain office in Barcelona, the London office, Austria office in Vienna, another in Paris, and Istanbul, Turkey.

Their service is available in major airports of the cities it operates in.

In fact, this includes two in London – City Airport and Heathrow.

In Canada, Zipsters can conveniently reserve cars in three airports. How do I identify where a Zipcar location near me is?

Using the smartphone app, you can find the closest locations around you to reserve a car when you need one.

The app will identify where you are.

By using a map screen, show you where the cars are and how far from you.

With this information, you will be able to estimate your mileage from the pick-up point for a round-trip and how much time you will need.

Or you can find a one-way car and the most convenient location to drop it off.

You can also plan your trips ahead by finding out where their specific parking locations are right on the company’s website before you embark on your trip.[divider]

I live in a city where One Way is available. Does it mean I can drive off a Zipcar and never return it?

You will not need to return the car to the exact location you picked it up.

Instead, you can drop it off at another Zipcar location more convenient to you after your journey.

You can find these different locations near you using the app on your phone.

Although please note that this feature is only valid if no one else has booked the car after you, in which case you will have to drop off the car at the original pick up location.[divider]

If I have a Zipcar account in Los Angeles, can I use it to pick a car at a location New York City or do I need a new membership for that location?

Yes, once you are a member, you can use your Zipcard and account anywhere Zipcars are parked.

This will be the case in large cities and in university and college campuses in the US.

You will find these cars in major airports across North America and in some cities in Europe.

As long as you are legally qualified to drive, you’re good to go!

So you do not need a new account to use this platform in these countries.

I enjoy writing about the exploding rideshare community. I’ve been an Uber and Lyft driver for many years now and really like the gig economy as a whole. Currently, Uber and Lyft are dominating this transportation space with fast pick-ups and convenient services. I cover these two popular companies by writing helpful tutorials and guides. Learn more about Chad Fonger.